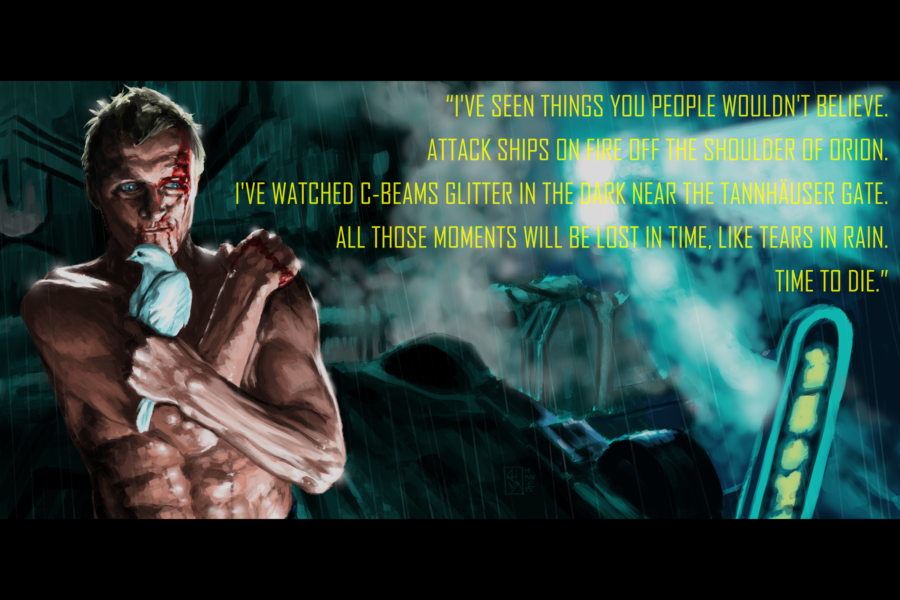 Well, you did ask us to look at Cityspeak, the invented pidgin that appears in Ridley Scott’s Blade Runner (1982). It seemed like it might be an interesting thing to try to get to the bottom of. As it transpired, that was certainly the case.

The iconic movie is a loose adaptation of Philip K. Dick’s 1968 novel Do Androids Dream of Electric Sheep?, and features Harrison Ford as the titular Blade Runner Rick Deckard, a cop who is coerced into hunting down some escaped replicants, or androids who can pass for human.

END_OF_DOCUMENT_TOKEN_TO_BE_REPLACED

And so we approach the end of Burgess’s extensive writing career and his surprisingly prolific foray into invented languages in his literature. I promised at the outset that we’d end up with Nazi Newspeak, and we shall.

Anthony Burgess’s curious compendium novel, The End of the World News, did not emerge until 1982, though most of its contents had been created in some form during the late 1970s. A tripartite narrative, it features the story of the dying Sigmund Freud, alongside a musical version of Leon Trotsky’s visit to New York. All of this is hastily glued together via a frame narrative which leads out of a disaster movie scenario in which an asteroid is set to collide with Earth. If this sounds like three separate stories that don’t belong together, that’s because they don’t.

END_OF_DOCUMENT_TOKEN_TO_BE_REPLACED

Burgess’s most substantial foray into invented languages was, curiously enough, not conducted for a novel. Ulam is a simplistic language with a slender grammar and limited lexis of terms. Nevertheless, unlike Nadsat or Easy Walker’s slang, it functions independently of English. As well it ought to, since it was intended to be a recreation of proto-Indo-European, the ur-language from which most of the tongues spoken from India and Iran to Ireland ultimately originated. In this sense it can be considered as a more fully realised development of the chanting which he had appended to his version of Oedipus.