In a post back in February (apologies for the rather long gap) we discussed in broad terms the situation with Turkish translations of A Clockwork Orange, Otomatik Portakal (literally “Automatic Orange”). Our initial look at the two translations suggested that Nadsat had been largely suppressed – there was no real evidence of it as a separate anti-language. This post looks at the later and more rigorous Körpe translation in more detail to examine what happened and discuss whether there even is such a thing as Turkish-Nadsat. This post is based on work we recently presented at the fascinating I-conlangs 2022 conference held at the University of Turin. [Our slides for the presentation can be seen here.]

Without wanting to go over too much old ground (see earlier posts such as this for more details), Nadsat is a key feature of A Clockwork Orange and translators of this book are faced with what to do about it. The question – for Burgess at least – was how to try to reproduce Nadsat in a way that can work for a specific target audience and ideally to ‘brainwash’ them into seeing the world from Alex’s perspective. This is of course a huge challenge for translators, who have to work out what to do with around 350 Nadsat items – whether to maintain the Russian influence or take a different tack. Nonetheless, as we have noted for French, some translators have gone to great lengths to rise to this challenge (for a very interesting perspective on this based on language contact theory we recommend the article written by project member Sophia Malamatidou).

In facing up to the challenge of recreating Nadsat for a new audience, translators effectively create a new Nadsat. So there’s English-Nadsat, French-Nadsat, Spanish-Nadsat etc. In some languages, like Polish and Russian, competing translations exist, leading to multiple Nadsats whose comparison can be very interesting, as Windle discusses here.

But what about Turkish-Nadsat? Is it a thing? What strategy does Körpe’s translation adopt? We went into this analysis with some excitement as Turkish is the first translation into a non-Indo-European language that we have examined. Unfortunately, we emerged rather disappointed by the avoidance strategy employed by the translator.

It’s interesting that none of these are derived from Russian and all are simply adapted from English-Nadsat. It is a bit of a shame that the translator didn’t even think to Turkify staja to something like devcez (i.e. abbreviation and concatenation of Turkish words devlet [state] and cezaevi [prison]).

boğazkesen – translation of cut-throat – this word contains elements meaning something like ‘throat-cutting’ but would only used to refer to a person doing this rather than as an adjective modifying ‘knife’: I had my cut-throat britva handy / Boğazkesen usturamı hazırda tutuyordum)

kanser – translation of cancer and used, as in English-Nadsat, to refer to cigarettes

sazan – probably the most interesting item, as it is used as a translation of forella [“(old) trout”, i.e. derogatory term for a woman]. The Turkish word means “carp” (i.e. the fish) but has no associations with reference to women. It’s only association is with an expression referring to someone being rather gullible.

What’s interesting about these words is that two of them are used to translate English-Nadsat words of Russian origin (i.e. cally and forella) but use Turkish terms to do this.

The result of the low numbers of Turkish-Nadsat words is that (obviously) the distribution of Nadsat in the Körpe translation is very sparse, to the extent that it is barely noticeable as a distinctive argot used by Alex and his droogs (the translation mostly uses the Turkish slang word kanka [“pal, mate”] for droog). We can demonstrate what happens if we take the Nadsat-heavy extract we have examined previously and see how it is translated into Turkish.

Our pockets were full of deng, so there was no real need from the point of view of crasting any more pretty polly to tolchock some old veck in an alley and viddy him swim in his blood while we counted the takings and divided by four, nor to do the ultra-violent on some shivering starry grey-haired ptitsa in a shop and go smecking off with the till’s guts

Essentially, all of the Nadsat items highlighted in the extract from A Clockwork Orange are rendered in Otomatik Portakal using either standard Turkish words (e.g. ihtiyar – elderly person) or slang (mangır – cash, dough). This means that the experience for the Turkish reader of OP is quite different from that of the first-time reader of ACO. You get an idea that Alex is a low-life but not that he is using some sort of argot designed to obscure his meaning from outsiders – this is not an ‘anti-language’. The result is that there isn’t really a Turkish-Nadsat; the intended effect of ACO – to ‘brainwash’ – is lost. 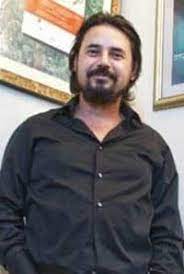 It is important here to try to see this from Körpe’s perspective. We have no idea about the conditions under which he created Otomatik Portakal. It seems likely that he had little or no time to spend on creating a Turkish-Nadsat that might approach the effects of English-Nadsat. We know that Körpe has been responsible for a large number of translations – something like 130 works over 10 years. This doesn’t leave a lot of time for extra touches, never mind creating a whole anti-language. It is impressive enough just to create a translation of ACO that largely remains true in meaning to the original (there are one or two slips, but these are unsurprising bearing in mind misunderstandings introduced by the problematic Hyman glossary of Nadsat which we’ve critiqued extensively (e.g. here – please get in touch if you need access to the article)). The fact remains, however, that, in contrast to e.g. French, Polish and Spanish, Turkish still lacks a translation of A Clockwork Orange which attempts to convey both the semantic and didactic intentions of the original.

We would be very interested in feedback from Turkish speakers, particularly those who’ve read Otomatik Portakal (especially if you’ve also read ACO and/or seen the film). Please add your comments below…

We would like to acknowledge the help provided by both Hülya Mısır and Berrak Vincent in our work on Turkish-Nadsat.

This site uses Akismet to reduce spam. Learn how your comment data is processed.