We are at last delighted to announce the publication of our latest academic journal article on the Ponying the Slovos project in the prestigious Meta journal from the University of Montreal.

This compares the Nadsat in Anthony Burgess’s original text with that to be found in the French translation by Georges Belmont and Hortense Chabrier, about which we have spoken previously.

This article is the latest of a series of outputs, all of which can be seen here. It also foreshadows our next scheduled publication, which will compare the English, French and Spanish versions of Nadsat linguistically, using parallel translation corpora techniques. We’ve already introduced some of the findings here for those interested, and in a forthcoming post we’ll be looking specifically at the Spanish translation and its curious history. 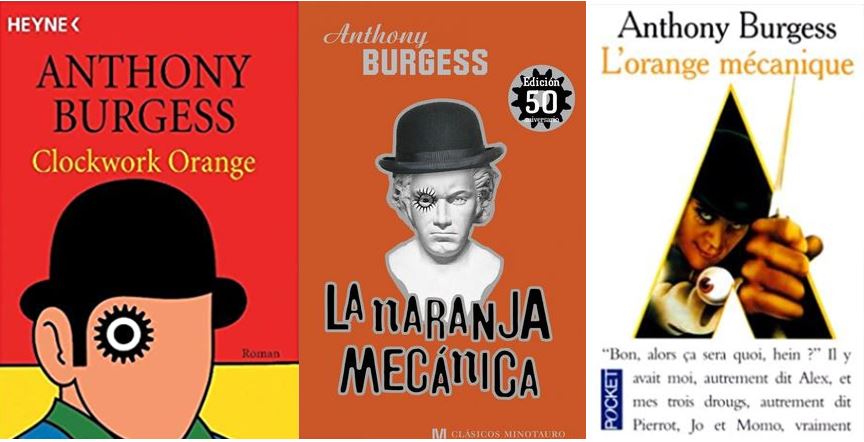 Most of us are accustomed to thinking of Nadsat in one way only. After all, most of us only read the novel in one language, whether Burgess’s original, or else in one of the more than fifty extant translations. But of course, each of those translations represents a variant of Nadsat. Some languages have hosted multiple Nadsats, sometimes even by the same translator, as our colleague Patrick Corness has noted in relation to Robert Stiller’s multiple Polish-Nadsats.

END_OF_DOCUMENT_TOKEN_TO_BE_REPLACED

You have to love the understatement with which Georges Belmont and Hortense Chabrier start their translators’ note which prefaces the French translation of A Clockwork Orange (our translation).

The Belmont/Chabrier translation is an astonishing piece of writing, and the fact that it has remained in print since first publication almost fifty years ago bears evidence to that. We have looked closely at what they have achieved, and how their “French-Nadsat” compares with Burgess’s original, in a new peer-reviewed article in Meta journal, volume 65 (3).